The Different Types of Influencers or Digital Creators 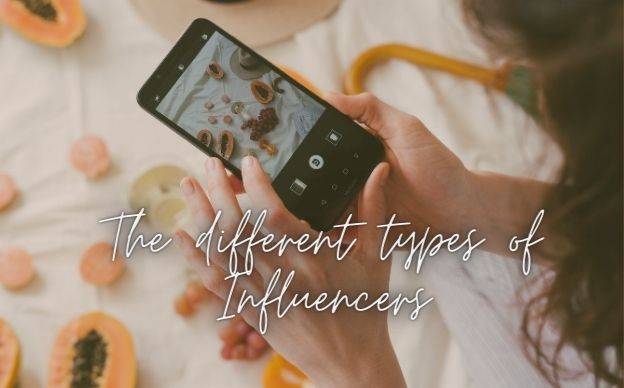 Marketing by influencers is nothing new. 99 percent of consumers agree that reviews are more effective than brand ads from people they meet or follow, and 74 percent agree that word-of-mouth affects their buying decisions.

This is also why 67 percent of brands expect to raise their marketing budgets for influencers this year.

What is Influencer Marketing?

Influencer marketing is a form of marketing that uses content creators (influencers) that have a special relationship with a particular audience to promote a brand and its goods or services. Instead of selling it directly to a broad group of customers, we use the influencer to do it for us. This includes choosing the right influencer to partner with and developing successful campaigns around your brand. Where you pay influencers to spread the word of your brand across their personal social networks.

It is very likely that your existing and future clients will be using one or more social networks. It could be very lucrative to hit them on any of the social networks. However, with fierce competition, evolving algorithms, and ease of blocking ads and other commercial messages on social media, it is becoming more and more difficult and expensive to reach the target audience through conventional advertising on social networks.

The Different Types of Influencers or Digital Creators

To begin with, the first step involves the type of audience along with the brand’s unique influencer category. Influencers in social media are classified into four distinct levels: mega, macro, micro, and nano influencers, in order of the largest or smallest following.

These are the celebrities, whether they’re an actress, musician or internet celebrity, and on at least one social media site, they typically have at least 1 million followers or subscribers.

Macro-influencers, who has a following of 100,000 to 1 million, are next in the hierarchy of influencers. Whether it was by blogging, going viral, or becoming a social media celebrity, these influencers gained their fame from the internet.

Micro-influencers are regarded as the largest community of social media influencers for being subject or business experts. They have anywhere from 10,000 to 100,000 followers and usually have some experience working with brands. They’ve built a reputation and a really loyal audience because they really know their subject and are enthusiastic about it. This category’s influencers are true to their values, whereby the followers are confident that without actually trying it out, the founder will not encourage something!

Nano-influencers are people who have an impact within their local community; they generally have a relatively high level of social media follow-up (less than 10,000) and little or no experience working with brands.

Believe it or not, despite their low follower count, nano-influencers are very effective due to their high level of engagement. Since they know most, if not all, of their followers, the trust level is very high.

Why Influencer Marketing is important for branding?

In social media marketing, influencers are the link between the brand and its potential buyers, finding one whose voice and audience matches perfectly with your brand is crucial. As you can see, it is not so easy to find the correct influencers for your brand.

So, that wraps up the shades of influencers, roughly. Bear in mind that influencer marketing is only one aspect of your brand marketing regardless of the form you plan to go for. So don’t waste all your marketing budget and efforts on influencer marketing alone, you also have to invest in social media advertising and other forms of promotion.

We, at Tattva, cater to all the verticals of digital marketing!  If you are an influencer, JOIN US now!